What is liver surgery?

The liver is the organ that is responsible for:

Liver surgery is the group of surgical procedures used to treat various liver problems, such as:

The main type of liver surgery is called a hepatectomy which involves the removal of part or all of the liver. This procedure is also known as a liver resection. If the whole liver is removed, then it is replaced with a healthy one – this is known as a liver transplant. 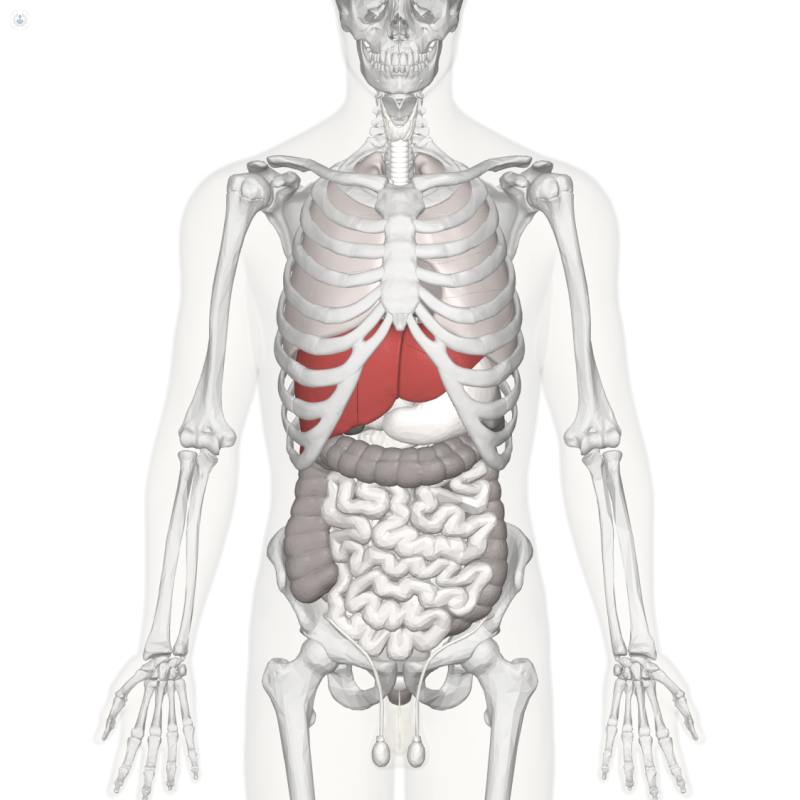 Why would you have liver surgery?

You would require a liver resection or transplant if your liver was partially damaged, or it can no longer perform its normal functions. Other treatment options would have been tried already, as surgery is needed when the underlying condition for liver problems can no longer be controlled non-surgically.

If the patient suffers from liver failure, then a transplant is required, and without one long-term survival is not possible, as unlike other organs such as the kidneys, there is no machine or device (a dialysis machine) that can replicate the functions of what the liver does.

What does it involve?

A partial liver resection is performed under general anaesthetic and can take between two to five hours. This procedure is mostly carried out to treat either liver cancer or colorectal cancer. It is often performed alongside other treatments such as chemotherapy or radiation therapy. A resection can only be carried out if there are no major blood vessels compromised in the section that needs to be removed. Providing you do not suffer from other liver problems, such as cirrhosis, then the liver can recover and grow back.

A liver transplant involves the removal of the whole liver. The replacement liver must come from a donor that has a liver that is a close match to one’s own and come either from a deceased donor, or from a living donor (in which case the living donor has a section of their liver surgically removed and it is this section that is used to treat the transplant patient).

How to prepare for it

After a live transplant, there will be some time spent in an intensive care unit (ICU), where a ventilator machine will help you breathe. A stomach entering your nose and stomach will provide fluid and nutrients which are removed after a few days. Painkillers will also be administered. You can expect to leave the hospital after two weeks, after which you return home, but have regular check-ups to ensure the body is not rejecting the new liver.

After a liver resection, patients are generally well enough to leave the hospital within two weeks of the procedure, and recovery time depends on how much of your liver was removed, but does take a number of months.

Any cookies that may not be particularly necessary for the website to function and is used specifically to collect user personal data via analytics, ads, other embedded contents are termed as non-necessary cookies. It is mandatory to procure user consent prior to running these cookies on your website.